Fall is in season and do you know what means for little kids?  School is in session and there is super germ sharing going on.  You know how it is, the kids go back to school, and its all hunky-dory for a month or two, and then BAM! one kid gets sick.  And then another. And another.  And so on.

This cycle started over a month ago in our house.  It started with Emma and a cough and a slight cold, which transferred to Vivian, and finally to Baby Shawn.  But was once a slight cold to Emma, was a fever and severe cough for Shawn.  Turns out he didn’t just have a nasty cold, he had RSV and an ear infection as well.

Fast forward a few weeks and we were back at the pediatrician yesterday because my little guy was still hacking, but now his once dry cough turned into a wetter more productive cough and his nose had become much more runny.  Turns out, poor guy has two middle ear infections and is becoming a chronic condition.  And if this second round of antibiotics does not work, we will have to discuss tubes, because he has had multiple ear infections this year — this isn’t just the first and second ear infections of the year.

Fingers crossed that this second round of a bit stronger antibiotic will do the trick.  I don’t want him to have tubes nor do I want him to have any more ear infections! I’ve heard plenty of horror stories about both. 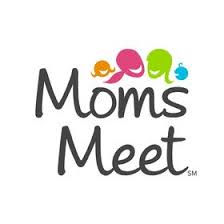